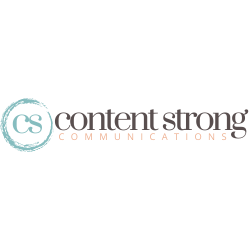 How to Write a Great Speech

So you have to write a speech and you have no idea where to start.

The truth no one tells you is that the best speeches all employ the same tools to make them impactful, memorable, and inspiring. Here are seven tips to make your speeches more memorable.

The easiest way to begin speech writing is to think about what you’re writing. What’s the purpose of your speech? What key messages are you trying to convey? What lasting impression are you hoping to impart? Once you have these ideas nailed down, you can start crafting your prose.

Give your speech a beginning, a middle and end. Think about what supporting facts or arguments you can use to better persuade or support your key message.

Some of the best speechwriters begin by telling a story. Others use a quote, shocking statistic,  or a joke to lighten the mood. Others are very simple and direct; they let their audience know at the onset what information they’re going to hear. They then deliver their key message and end by repeating what they’ve said.

Remember, don’t wing it. Write your speech and read it out loud. Imagine you were hearing someone else deliver it. Is your draft what you’d enjoy listening to? If not, re-write it. The best speeches are rarely perfect on the first draft.

Write for your audience

You’re standing in front of a crowd. Who’s there? A room full of doctors, a bride, groom and their families, 20 uninterested teenagers? Ask yourself, what would most interest that group waiting for your words?

There’s likely a mixed crowd. Someone waiting with baited breath for you to speak, and someone who isn’t paying attention at all. Your goal is to get everyone’s attention, and to keep their attention throughout your speech so you can deliver your key messages.

Remember, content specifically written for one group likely will not interest the others. That means, you need to paint a picture that is tailored and relatable to your audience. Think about what information they would most benefit from hearing. They should be able to place themselves in the story you tell, and the information you present should impact their life or at least their day.

Don’t use words or numbers that are difficult for your audience to understand, remember and digest.

567,982 patients. 2,459 illnesses. 227 doctors. When you finish reading this post, ask yourself if you remember these numbers exactly. You won’t. What you will remember is that there were a plethora of illnesses, and the number of patients eclipsed the number of doctors. Using statistics can dramatically help you tell a story, especially if they are shocking. But, don’t make it complicated if it doesn’t need to be. It will be as difficult for you to say, as it will be for your audience to remember.

Clarity is often overlooked in lieu of sounding intelligent. And while everyone thinks they’re a writer, not everyone can write clearly for people to understand. It is especially important to be clear when writing and delivering a speech.

People only hear the words you say once. And in most cases, they are not provided with a copy of the speech to re-read, and research after you’ve delivered it. This means every word and every sentence should have a purpose and should strive for impact.

As you re-read, think about how each sentence will be heard. Be conversational so each person in the audience feels like you’re talking directly to them. This will help hold their attention.

Use words that you know your audience will understand. And avoid jargon, unless you’re confident your audience uses those terms regularly.

Use rhetorical devices to illustrate your point, but don’t use too many.

“Rhetorical devices” seems like a complicated term. It isn’t. It’s a fancy way of categorizing some of the ways people convey ideas each day, even in everyday conversation. But using too many in one speech can sound corny, tired, and cliché. There are many rhetorical devices you can use, but here are some I find particularly effective, when used correctly.

Quotes should be used strategically. Starting your speech with a relevant quote is often a powerful way to capture attention, make a great first impression, and illustrate a particularly significant idea. Some speechwriters research quotes based on their subject matter online and then use all 20 of the quotes they found.

Overusing quotes will lose your audience’s attention, and give the impression you lack original thoughts, or that you are unfamiliar with the subject matter.

Choose one quote that speaks to you and that inspires your next words.  Remember, your aim is to be quotable.

Be mindful of your length

You likely don’t want to sit and listen to anyone talk at you for a long period of time. Unfortunately, speeches (unlike conversations or lectures which can be interactive) can, if too long feel like punishment. Even before Twitter, it was difficult concentrate on the same set of ideas for long periods of time. When you’re taking too long to get to your point, and presenting too much information, you risk losing the audience completely.

In contrast, if you’ve been asked to deliver a keynote speech, the expectation is often that you will speak for a long time. But the trick when writing a keynote is not creating one long speech, rather to create two or three small speeches weaved together to tell one overarching story.

Make sure each word and each sentence of your speech is written and delivered with purpose towards your key message. Write as points come to your mind, but don’t be afraid when re-reading to cut it down.

These tips will help you add colour to your speech and connect emotionally with your audience. Whether you want to talk about your dream for a better world, you’re delivering the next Gettysburg Address, or you’re just wishing your newly married friends well, you too can write a memorable. And if you’re really stuck, let’s connect and I’d be honoured to write one for you.